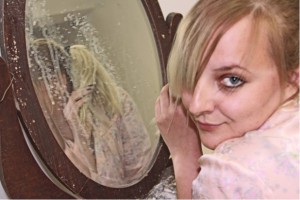 Sandra Dukić was born in 1980. in Rijeka. She graduated at the Academy of Fine Arts in Banjaluka, graphic department, in the class of professor Branko Miljuša. In her works she puts in a focus female identity in the Balkans. She’s worked on several different projects for women’s rights and against female torture. She’s active in humanitary work that considers women in a town Ljubija. Sandra works as a professor of fine art.

Boris Glamočanin was born in 1980. In Zagreb. He graduated the Academy of Fine Arts in Banjaluka, painting department in 2003, in the class of professor Ratko Lalić. Now he is on a master study, also opainting department. Boris is a member of “Protok”, art association in Banjaluka and a member of Association of Artists of the Republic of Srpska. He achieved several awards for his achievement in art work. 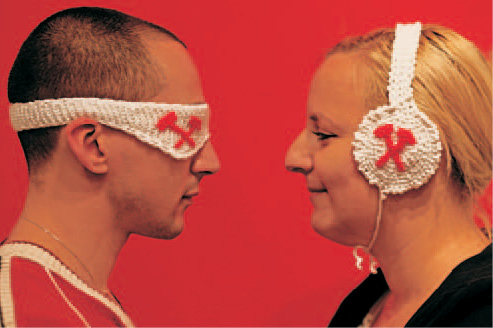 Universal example of a marginalised area, forgotten people and the state’s irresponsibility.

Ljubija used to be a municipality in B&H, and it was a developed region, thanks to the mine, which provided work for the most of the inhabitants. The mine was built during the Austro-Hungarian era, and it was one of the most productive and biggest mines in the Balkans.

During communism the citizens of Ljubija called each other «Mister», «Missis». After work the changed their working clothes with suits and ties and hats.

Most of the settlement was built for the mine workers, with a big number of buildings from 1909.

At the beginning of the war in B&H most of the Ljubija’s inhabitants left. After the war the municipal authorities of Prijedor decided to inhabit Ljubija with refugees and socially jeopardised people. Today, it is a place with 80% rate of unemployment and an example of the most socially jeopardised categories of people. Ljubija has become a reservation for forgotten and abandoned people that nobody speaks of anymore.

The inhabitants live solely on social welfare (which is 45 KM in RS) and child support. Entertainment for the poor is obvious there, so alcoholism is on the rise, prostitution and other different deviant social occurrences.

The project Ljubija has emerged from observing and participating in activist and humanitarian work with women in the community of Ljubija. In our previous works we dealt with the marginalised ones (we consider ourselves the marginalised ones as well) and their identity. Ljubija seemed as a notorious example of a marginalised place, forgotten people and the state’s irresponsibility.