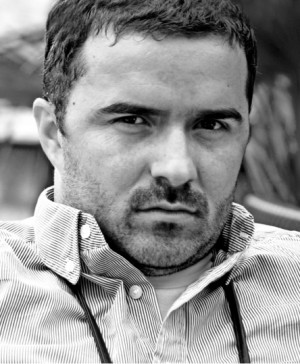 My art production is exclusively connected to the recent history of the Bosnian society, focusing on the war, and its reflexions on the social everyday life. The war subjects are still the most dominant public discourse, initiated by the political elites. Grand national-irrational subjects have metastases into the only possible idea of the ruling political elite, which manipulates abuses facts in favour of future votes inside their national body. (…)Today we have an impression that the peace is a truce, in fact that the peace is a pause to regenerate new wars. Collective trauma is still produced, reproduced, and the state of artificial peace, which is perpetuated with national hatred has no alternative. Any hope of new generations or new political elites to start a wide, open public debate of all the social problems is gone. The only logical and possible way I see through art, through individual speech, through taking a clear political position with my art, which explicitly opens social and political trauma.

„And what haven’t you seen yet?

I couldn’t have seen everything!“

A series of oil paintings (envisaged as work in progress) has been inspired by an event that happened in the beginning of the war in Bijeljina, when para-military militia called Tigers, led by Zeljko Raznatovic Arkan, entered Bijeljina. On the same day an American photographer Ron Haviv came to Bijeljina, who managed to take photographs of one of the most brutal scenes from the wars in the former Yugoslavia. That scene became a global media event, a matrix for measuring the brutality of the wars in Yugoslavia; those photos have become the top subject for magazines and today the Internet portals.

The title of this series is Ron Haviv’s reply to a journalist’s question «And what haven’t you seen yet? » «I couldn’t have seen everything!» 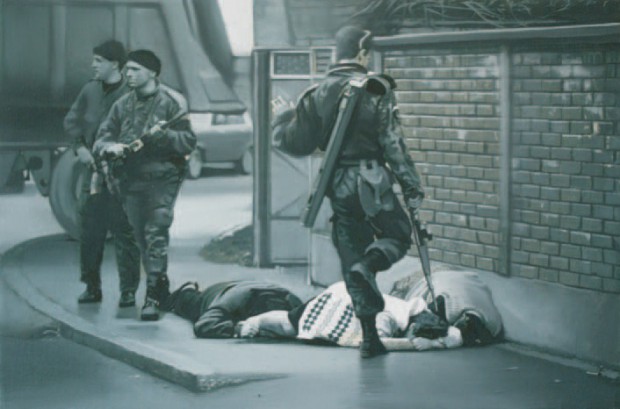