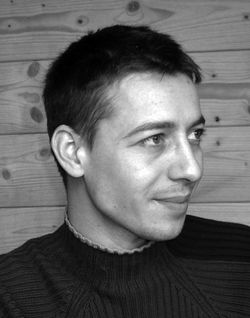 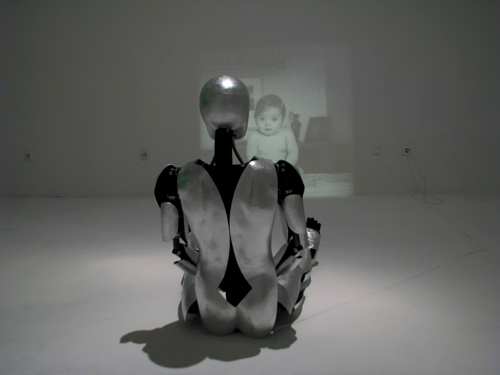 Multimedia installation, “I BOT”, is a work which in fact deals with present time. The work also problematizes contemporary society, completely dependent on technology, robotics and other segments of scientific findings which all aim to mitigate life and not to generate dehumanization on global and individual level. 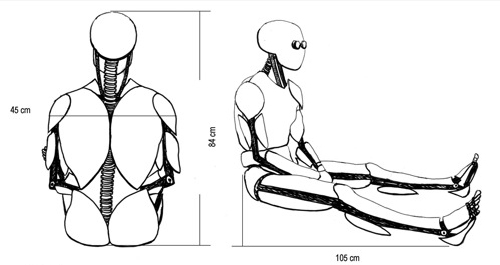 The idea that a robot is of help and not of damage to humankind, is from 1950 established as a Law of Robotics whose founder is Isak Asimov. The Law has four entries all instructed towards the first one, infringed long since (A robot may not harm a human, or, by inaction, allow a human to come to harm).

Installation “I BOT” is an auto portrait, a sculpture, namely a replica of my appearance as a robot sitting on the floor and projecting the picture (memory) of himself as a baby (me as a baby) on the wall. Given the position of a baby and a robot sculpture, facing each other, the relation of mutual observation is constituted, posing an inevitable question – Am I he, or he is me?