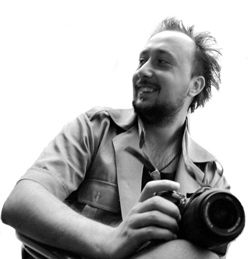 Born in 1984 in Zenica. He graduated at the Academy of Fine Arts in Banja Luka Department of Graphic in the class of Professor Zoran Banović. Since 2007 he is a member of the Tač.ka, Fine Arts Association from Prijedor. 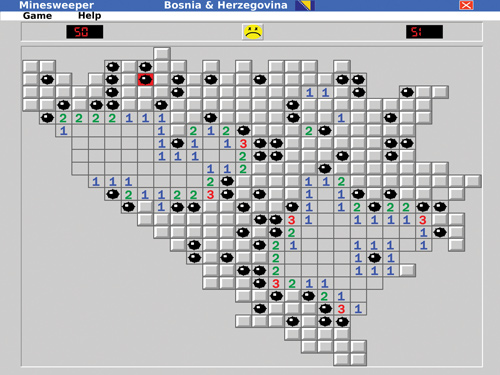 Minesweeper is a popular, entertaining logistic game, meant for relaxation. Minesweeper Bosnia&Herzegovina, a digitally generated interactive artwork, works on the same principle as the original game. Shall we lightly play it and click on mysterious fields if we put the game in the context of Bosnia and Herzegovina?

Bosnia and Herzegovina is still the most mine-contaminated country in Europe. It is assumed that 3.2% of the BH territory is still covered with mines. It is estimated that the locations covered with mines influence the safety of over 900.000 people, which puts our country among the most jeopardized in the world, and thus impedes its economic development and safe living environment for its citizens. Since 1996, 1.667 people have been either injured or killed by mines in Bosnia and Herzegovina. Last year there were 39 victims, and 19 of those were killed.