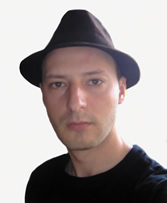 Born in 1980 in Prijedor. In 2007, graduated form the Academy of Fine Arts in Sarajevo, Department of Painting in the class of Professor Nusret Pašić. 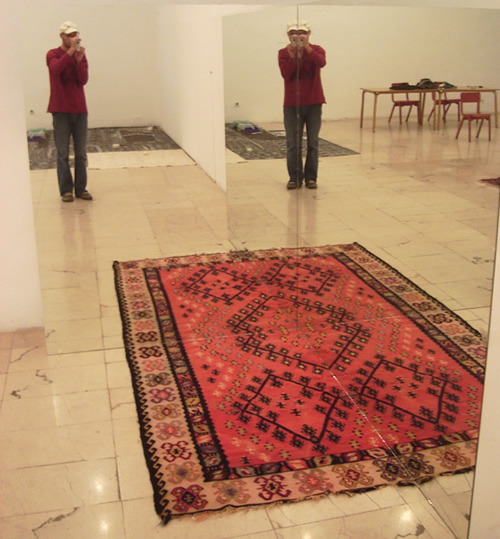 One-fourth of a carpet found in the junk (properly washed and dried out) lies in a corner of the room so that its cut-off sides are put against the wall, i.e. against the mirrors. In parallel to those cut-off sides of the carpets there are these mirrors; together, they make a 90-degree angle. Due to an optical phenomenon, one/fourth of the carpet is projected on the mirror, creating an imaginary visual whole.

With my need to heal the carpet, to make it a whole again, by experiencing it in the psychologically-existential sense as my own wound, I have projected, trying to solve the problem on a symbolical level, in the space of extra-corporeal – extrapolated (externalized) self-healing. In other words, I define and project my personal trauma, related to the problem of identity, through an apparently healed identification mark in an extra-corporeal space.